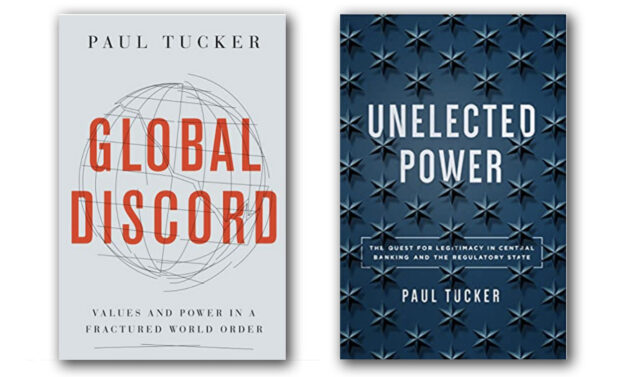 Unelected Power: The Quest for Legitimacy in Central Banking and the Regulatory State

“Profoundly important. . . . [Tucker’s] practical experience with the tensions he addresses, combined with his distance from conventional academic disciplines, makes his writing both more accessible and more convincing than much of what is produced by administrative-law specialists and political scientists. . . . In the wake of the financial crisis of 2008, policymakers continue to reassess the ways in which government and the financial sector interact. Democratic institutions are facing a reappraisal in light of the widespread populism of the past few years. Tucker’s arguments ought to be carefully considered. Of the many books written by those involved in responding to the financial crisis, his may deserve the longest shelf life.”—Lawrence Summers, Washington Post

“It is difficult to overstate the importance of . . . how valuable and timely this book is. . . . [Unelected Power] is a monumental exercise in theoretical and practical renovation, which ranges with great erudition and clear logic across political philosophy, economics and public law . . . [and] is of fundamental importance to anyone interested in the future of liberal democracy.” —Felix Martin, New Statesman

“Tucker’s synthesis of economics, law, political science, and political philosophy is prodigious, and his experience on the front lines of fighting the global financial crisis is imposing. And yet, what is most distinctive about the book is its humility. Tucker’s worry that he and his ilk have become ‘overmighty citizens’ is palpable, and he takes seriously the idea that bureaucrats must ultimately be servants rather than masters. . . . His attitude comes from a kind of modern sense of noblesse oblige, heavy on the obligation. Let us hope Tucker can inspire others who wield unelected power to feel and act on this sense as much as he does.”—Philip A. Wallach, American Interest